Even though Houston has weathered many flooding events, some residents still question why they need flood insurance. After all, we all have homeowners insurance, so what’s the point? Here are three reasons why flood insurance is so important.

1. We all live on or near a flood plain. 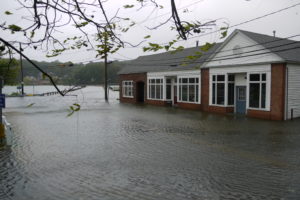 Nearly all of Greater Houston sits on a flood plain.

Nearly all of the Greater Houston Area is part of a flood plain. While there are portions of the Houston area that are less likely to flood, there are no guarantees.

If Harvey proved anything, it’s that the weather doesn’t care about flood zones. Homes that had never flooded before did during Harvey.

However, flood zones do give a good general idea of your area’s flood risk. So, it’s a good idea to find out whether a house you’re looking at is in a high-risk area before you seal the deal. Most county websites offer a link to an interactive FEMA flood map.

You can easily read the flood zone names, but the sites usually don’t tell you what the letters mean. So, here’s a brief overview of the most common flood zones are around Houston and what they mean:

Zones A and AO: Residents in these zones live in high-risk areas. There is a 1% annual risk of a major flood event. However, minor flooding is far more common than 1%. Mortgage companies require flood insurance for Zones A and AO.

Zone B and X500: Classified as moderate flood risk, homeowners in Zone B or X500 have an annual flood risk of 0.2%.

Zone X and C: This is the best you can get because the annual flood risk is less than 0.2%.

Technically, there are differences between each of the zones listed above, so the letters are not interchangeable. For example, Zone AO has a consistent history of floodwaters reaching between 1 and 3 ft, while zone A doesn’t have an official flood depth measurement.

However, the annual risk is considered the same, which is why we’ve categorized them together.

Unfortunately, many homeowners find this out after their home has flooded. It’s not a warm and fuzzy feeling.

A flood policy covers water damage to your home from a naturally occurring weather event. So, if your home floods because of a hurricane, tropical storm, etc., your flood policy will cover it. 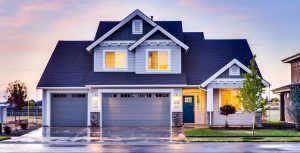 Houstonians recently discovered an unfortunate exception to “weather event” damage: if your pipes burst from a freeze, your flood insurance will not cover the damage. So, be sure to check what both your home and flood insurance policies cover.

Having to foot the bill for flood damage can break your bank. Even just an inch of water can cost tens of thousands to repair. One natural disaster is all it takes.

In Houston, we frequently get flash flooding warnings. Further, Hurricane Season runs from June to November–that’s half of our year!

Be prepared for the worst; give Texas Insurance a call today and buy flood insurance. Then, you can hope for the best.

Get a quote today!